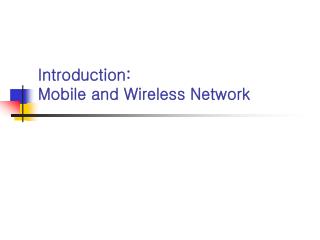 Introduction: Mobile and Wireless Network. 1. Paradigm Shift to Mobile Comm. S-curve S-curve viewed from research and development The tool that helps to decide on whether an enterprise should continue the use of a technology or replace the technology with something else