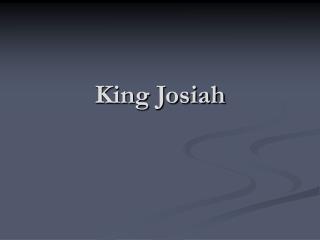 THE LIFE OF KING JOSIAH (Spiritual revival I) - . order of presentation. introduction his attitude toward god examples of