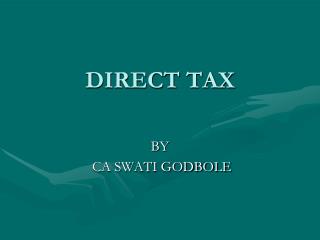 Preparation of direct wet mount - . objectives:. to familiarize the student with the most widely used technique for

Direct and Indirect Experience - . effects on affective and cognitive responses in the attitude-behavior relation millar