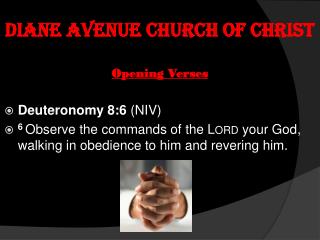 The Christ Revealed in the Life of Joseph Lesson 1 - . an icahattowak international production for saemmul community

Ajagbe Samuel Olushola - Your church can multiply. ajagbe samuel olushola. the church is not a building. it is the

The Church - . section 1: the church; christ’s continued presence and work in the world. part 1: the origin of the