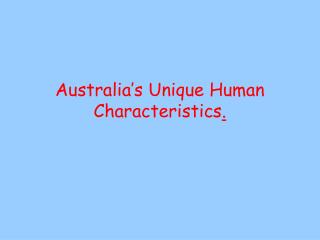 Australia - . geography. australia is located in the southern hemisphere. it is the 6 th largest country as well as the

Introduction to Human Resource Management - . what is hrm? scope &amp; functions of hrm. characteristics of hrm.

Australia - . part one the land and the people of the dreaming the land 1. the natural environment of

History of Astronomical Instruments - . the early history: from the unaided eye to telescopes. the human eye. anatomy and