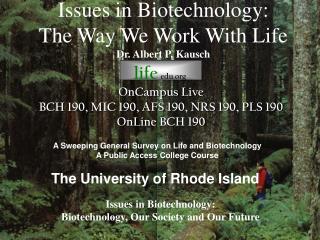 Chapter 3 Molecules of Life - . carbon – the stuff of life. organic molecules are complex molecules of life, built on a

The Origin and Chemistry of Life - . chapter 2. water and life. water makes up a large portion of living organisms. it