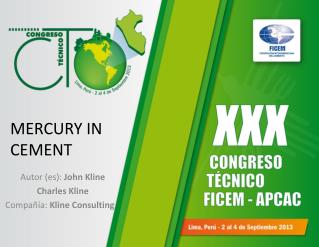 Understanding Mercury Compliance in the NESHAP or Cement Mact - . ohio lumex takes a close look at what's really in the