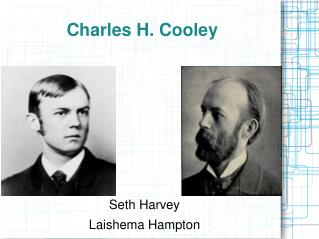 Charles H. Spurgeon - . everywhere there is apathy. nobody cares whether that which is preached is true or false. a

Bedtime Stories with Maureen Cooley - Welcome to bedtime stories, a new series where we reveal the strange and

Cooley, Mead, Freud, Erikson and Levinson - . behind the theories on development. charles cooley (1864-1929). cooley. he