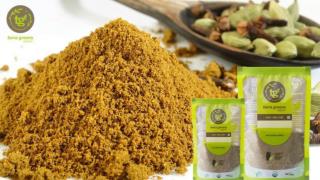 Indian cuisine has metamorphosed and mutated over the ages with many influences.Spice is the hallmark of Indian cooking and Garam Masala holds pride of place GARAM MASALA (WARM SPICE) - Veggiecurean - Garam masala is a staple blend used in indian cooking, kind of like the french

5 Ways to Pep Up Your Home - Though you lovingly did the du00e9cor yourself, maybe you want a fresh touch to liven up the

Spices : An Important Part of Bengali Cooking - Spices are the most integral and essential part of bengali cuisine. buy

Baby clothing to pep up your daughter's look

Lockdown Cooking: Paneer Tikka Masala Recipe - We have a paneer tikka masala recipe that you can try at home easily. this

How to pep-up your food using Eggless Mayonnaise - Starting from its advent, mayonnaise has been readily accepted

Fashion Accessories That Can Pep up Your Wardrobe - Discover packs, footwear, satchels, jewelry and belts for all events

Tips To Keep In Mind While Buying Cooking Spices Online - Are you obsessed with cooking? if yes, then you must buy

Pep Up Instruction with PREZI - . creating a prezi for your classroom. to get started. in your browser, type