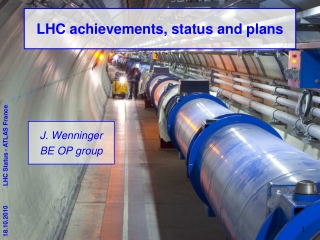 LHC : Status, Prospects and Plans - . “ lhc:  the status, the  projections for this year, and the possibilities for

WP1 activity, achievements and plans - . where we came from, what we did and learned, how we can put this to good use.