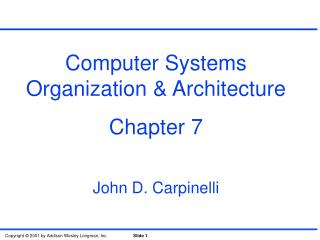 Chapter 14 The User View of Operating Systems - . the architecture of computer hardware and systems software: an