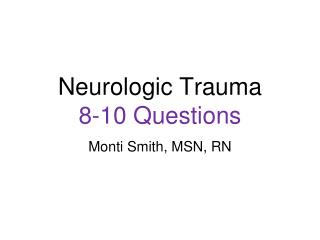 8 and 10 Mark Questions - . today i will: understand how to plan a longer question interpret what the question is asking

Neurologic Tumours - . part 2. choroid plexus papilloma. most commonly encountered during the first decade of life. this

10 questions... - 10 questions. get set. go!. ready. 1] globally, agricultural production of food has been: a) increasing

10 Questions - . you should be able to answer about the death of christ. do you know why jesus had to die?. do you know