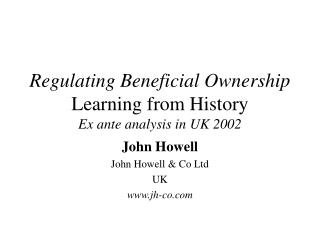 Ownership in Learning - Arranging instruction to meet individual student needs is not an idea new to constructivism.

Learning from History - . javier ergueta september, 2010. “ those who forget their history are condemned to repeat it

Learning from History - . so impossible is to keep our heads above the rising tide of the new meteorological literature

An Integrated English Course Book 4 - . unit six a french fourth. background: the fourth. what date is it? how particular