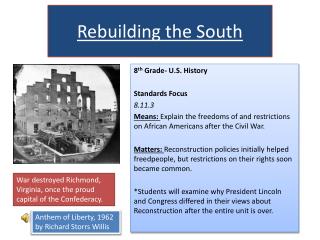 Rebuilding the South - . section 1 chapter 17. focus questions. what effect did the end of the civil war have on african