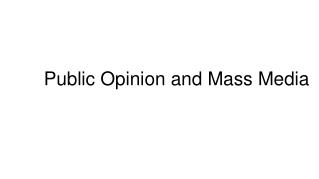 MASS MEDIA AND PUBLIC OPINION - . public opinion - those attitudes held by a significant # of people on matters of