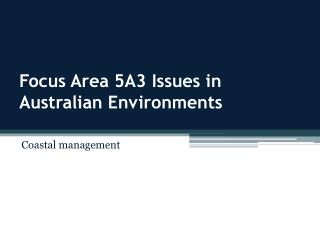 AUSSIE Australian for Cash - . what’s the future look like down under, mate?. monetary history. introduced in 1966

Supporting Students with BESD and Attachment Issues - . march 2013. in ashlawn. number of students on role diagnosed with

Australian Settlement - . australia has two indigenous peoples - aborigines and torres strait islanders. there are many

Natural and built environments - . what do you know about these two types of environments? give some examples. qantas

Australian Aluminium - . teacher guide some links may not work on the web version please see in class for details mr g.

Focus Area 5A4 Australia in Its Regional and Global Contexts - . aid. syllabus agenda. at least one regional and global

Australian English Part 2 - . morphology and phonology. morphological features. diminutives: the system by where we

PermaSense Sensing in Disruptive Environments - . jan beutel. our patient does not fit into a laboratory. so the

Priorities and the Australian Curriculum - Navigating the high seas: developing the cross-curriculum priorities in the