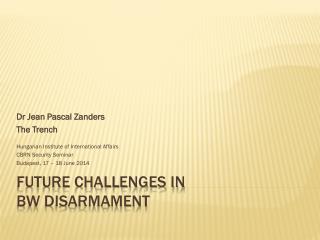 Disarmament - . by: chandler . my issue is disarmament. disarmament is a major problem because nuclear weapons and just

BW - Grab a copy of each worksheet on the table begin working on mapping history. read and annotate the text. use the