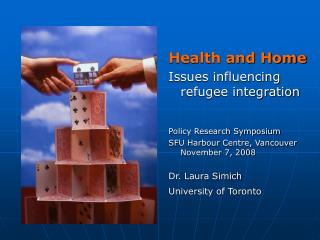 Refugee Health - . an overview of health initiatives by the office of refugee resettlement. presentation overview.

CPMH Influencing Policy - . catherine pope honorary president. a cinderella service. so how did we get here?. congress