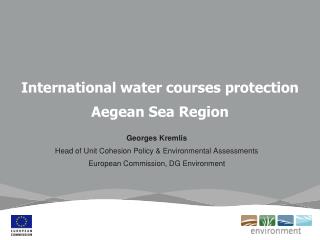 THE AEGEAN REGION OF TURKEY - . the aegean

Sea Water Desalination - Ranging from sea water desalination to other kinds of water purification systems, you can

SEA WATER COMPOSITION - . i. salinity: the amount of solid material dissolved in water a. 1. seawater is composed of

Sea Water Scrubber - . introduction. crystallox has developed a new generation of horizontal and vertical scrubbers for

On Monitoring the Seismicity of the Aegean Sea and the East Mediterranean Sea - Avi shapira 1) , james harris 1) ,