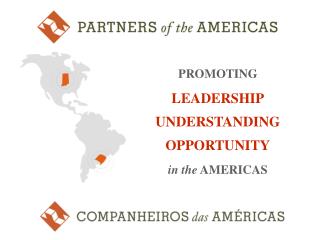 PROMOTING LEADERSHIP UNDERSTANDING OPPORTUNITY in the AMERICAS. Partners is the largest private voluntary organization in the Western Hemisphere engaged in international cooperation and training. LEADERSHIP 101 “The Basics” - . myths about leadership. “leaders are born not made” “good leadership is just

Lean Leadership - . summary of topics to be covered. understanding the impact of human relationships in the business

MODULE 16 LEADERSHIP - . “a leader lives in each of us” . what are the foundations for effective leadership? what are