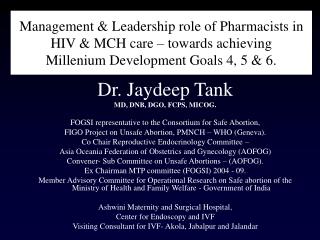 What Leaders Really Do - . leadership and management. leadership not mystical and mysterious not charisma or personality

Role of Instructional Leadership - . purpose of session. explore the term ‘instructional leadership’ and what it

Role of management and leadership - . management. writers who consider the functions performed by management frederick

Assessment and management of pain near the end of life - . david casarett md ma university of pennsylvania. goal:. to

CDB 325-DB Bootcamp - Goals: learn the basics on the development of the model organisms used at vanderbilt. descriptive

Situational Leadership - . donna shea, m.ed. objectives . by the end of this presentation you should be able to: discuss

The Development and Management of Visitor Attractions Part 3 - . part three: the management of visitor attractions. the

Achieving shared growth: some ideas on how to advance the goals of ASGI-SA - . international growth advisory panel june,