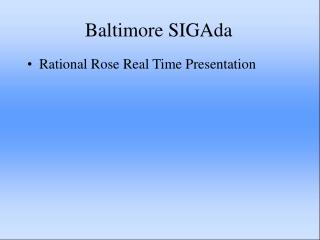 Violence in Baltimore - . topic: child abuse in baltimore. question. how does child abuse effect the community?.

Hopson v. The Mayor and City Council of Baltimore - . the risks of waiver and the costs of pre-production privilege

Doubling Baltimore’s tree canopy one tree at a time - . treebaltimore. a program of baltimore city to double the tree

What You Always Wanted to Know About Exceptions But Were Afraid to “Raise” - . currie colket the mitre corporation