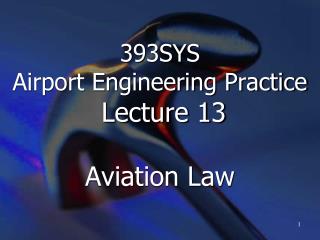 393SYS Airport Engineering Practice Lecture 2 Development of Maintenance Programs - . 1.0 why we have to do maintenance.