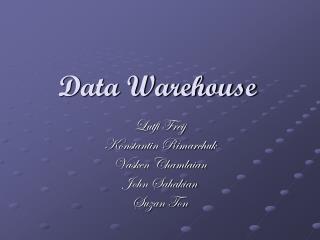 Data Warehouse - . min song is698. data warehousing and olap technology for data mining. what is a data warehouse? a