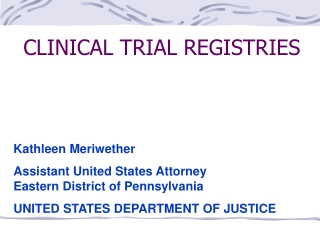 Clinical Trial Ethical Considerations - . disclosures none. overall message. the protection of the rights, safety, and

From SMART to Start - . randomized controlled clinical trials (rcts) what they are? why are they important? paul dalton.