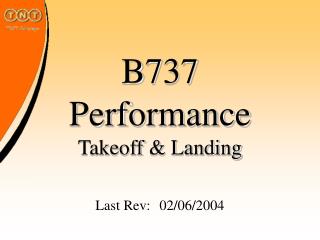 Soft Field Takeoff and Landing - . soft field takeoff. before landing, will you be able to take off? complex and high

V-speeds and Takeoff Performance - What are v-speeds?. large aircraft operate under a wide variety of weights, conditions

B737 GPS/FMS - . part 7: flight plan exercise (part 2). select the fix function key and insert yea (or another nearby

B737 GPS/FMS - . part 6: flight plan exercise (part 1). background this will be a ptt flight exercise with a flight plan