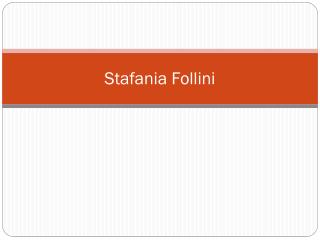 Stafania Follini. The New York Times - May 24, 1989. Stefania lived 130 days alone in a sealed cave with no human contact as part of an experiment aimed at examining how the stresses of long-term isolation could affect space travel When she entered she said “wow, man!”