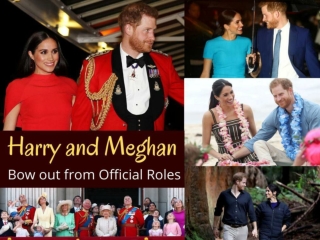 Harry and Meghan bow out from official roles A look back at the public lives of Prince Harry and his wife Meghan, Duchess of Sussex, as they set off on a new career path devoid of official duties.

Harry and Meghan bow out from official roles

Harry Potter - . hogwarts. unusual magic school witchcraft and wizardry harry potter a boy with a scar on his forehead.

THE WORLD OF HARRY POTTER - . who/what is:. harry potter dumbledore muggles quidditch dementors a pensieve. what is

Who was Harry Houdini? By T ui T. Sutherland Illustrated By John O’Brien - . kati 3a. background . was born on march

Harry Potter – “Real Magik” - . what you need to know about harry potter. who really wrote harry potter? what was

Harry Coumnas Owns 6 Pets - Harry coumnas is a well-known professional based in new york. he believes in making the