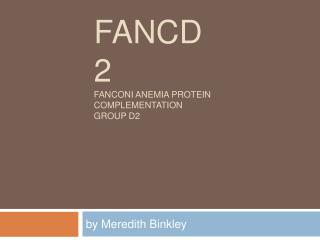 FANCD2 - . and its role in fa and other cancers. christina miller. fanconi anemia is a congenital cancer predisposition

Structure of Complementation - . meeting 6. complement in np some post-head dependents are complements of the head

Structure of Complementation - . meeting 6. complement in np some post-head dependents are complements of the head noun

D2 Helpsheet - . you are required to evaluate the impact of european law on english law read the article from the cbbc

Vitamin D2 - Boc sciences offers 50-14-6 vitamin d2 (ergocalciferol) in bulk, please inquire us to get a quote for

D2: Antacids - . d2: antacids. d.2.1: state and explain how excess acidity in the stomach can be reduced by the use of

Domain D2 - . demonstrating a sense of efficacy. the bottom line – author unknown. “face it. nobody owes you a