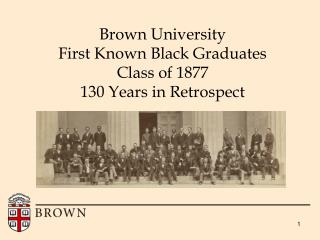 In retrospect… - . we saw at previous paper that ‘little’ george was unable to counterattack  and that the only

CISC 130: Today’s Class - . recap splitting with ‘extract’ pulling the pieces together. a practical look at #11. we

Black and Brown Lesions - . pigmented oral lesions are a large group of disorders in which the dark or brown color is the

Partners in Policymaking graduates and faculty, Class of 2012

First Day of Class - . welcome to wileyplus !. getting started with wileyplus. how to register —in minutes! how to get