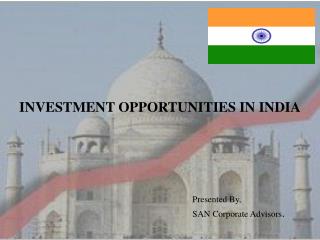 INVESTMENT OPPORTUNITIES IN INDIA. Presented By, SAN Corporate Advisors. GOVERNMENT. India is  Parliamentary Form  of government, governed under the  Constitution of India .  Indian Democracy is the LARGEST AMONGST All. Investment Opportunities in Sofia - . “g rows b ut n ever a ges ”. top x: templates for board presentations. sofia: