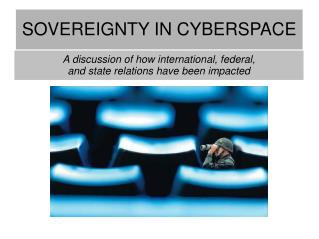 A discussion of how international, federal, and state relations have been impacted. SOVEREIGNTY IN CYBERSPACE. Definitions of cyberspace :. What is exactly the cyberspace? PIA 2574 Governance and the Failure of the African State - . theme: institutions and the “new” africa “an

Maritime zones - . maritime zones. internal waters . waters on the landward side of the baseline. the coastal state

V. SPIRITUAL WARFARE AND POWER ENCOUNTER - . a. the arena of ministry. kingdom of god vs kingdom of darkness god’s

GEOPOLITICS - . international relations from a geographical perspective. state. a state is an independent country (though