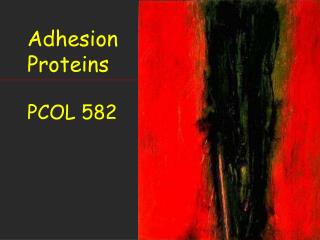 Adhesion- - . when a substance sticks to another surface. comparison: w hen you get out of a pool and the water sticks to

Adhesion ’11 - 11th triennial international conference on the science and technology of adhesion and adhesives.

PEEK Adhesion - In 3d printing peek adhesion is the biggest requirement for a good quality and precise printing. it will

BIOL 582 - . lecture set 8 two-factor models. biol 582. disclaimer. we learned that anova can be thought of as the

BIOL 582 - . lecture set 16 analysis of frequency and categorical data part i: goodness of fit tests. until this point,