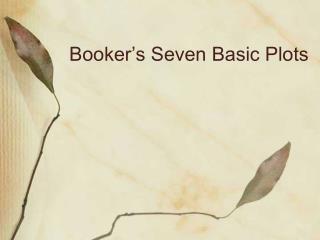 The Basic Seven (B7) Tools of Quality - . a powerpoint training presentation by keith h. cooper &quot;as much as 95%

The Basic Seven (B7) Tools of Quality - . &quot;as much as 95% of quality related problems in the factory can be

The Seven Basic Rules of Management - . 1. attract/recruit, hire, train, and retain the right people.the first, most

Seven Basic Human Needs - . a sense of safety and structure a sense of belonging/group membership a sense of self worth

Booker T. Washington - . -in 1888 booker t. washington was appointed the first president of tuskegee institute, an

Twenty Basic Plots - . #1 quest - the plot involves the protagonist's search for a person, place or thing, tangible or

Booker T. Washington - . teaching school in a stable and hen-house. creating a new school. booker was facing too many