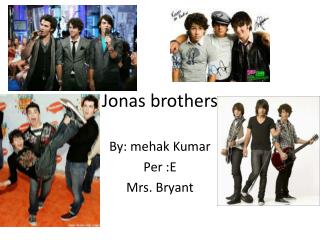 Jonas brothers. By: mehak Kumar Per :E Mrs. Bryant . About there music. The Jonas brothers wrote more than 60 songs Brothers! - . were all in this together. question?. is god’s word and god’s spirit enough to sustain long term

Brothers - At the onset of the hundred years’ war. brothers. (the fair). daughter. grandson. cousins. king of england /

Bradford Brothers - . megan thiesse period 4. the oldest brother was thomas, then george, then james, then roland. the

Joseph Reveals Himself &amp; Forgives His Brothers - . note: any videos in this presentation will only play online.

Lumiere Brothers - . among the earliest filmmakers the lumières held their first private screening of projected motion