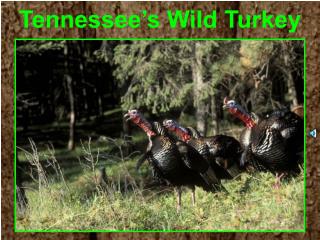 Syrian Kurdish refugees flooding into Turkey - At least 130,000 refugees have poured into turkey over the past three

welcome - . about me teaching english when i was a kid cone of learning about smartkids. about me. mert balin –

Get the Egg Big Question: Which wild animals can we find in our neighborhood? - . author: alyssa satin capucilli

Exploring the Wild Kingdom - . lynne kristen dennis. this exploratory will engage learners of all types. the exploratory

Latinos in Memphis and in Tennessee - Marcela mendoza, ph.d. center for research on women the university of

Turkey for Thanksgiving - . family dinner. checking the recipe. most families eat turkey on thanksgiving. there are many

Bliss Idaho WWI - . amanda briscoe. how it began. late 1880’s it sprung up along the oregon short line railroad south

Corinthians Gone Wild - . power windows. occasional letters - response to a report from choe's household (1:11) and from