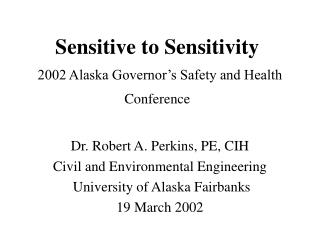 Health &amp; Safety in the Textiles Room - . this powerpoint will help you understand what health and safety issues

EMPLOYEE/OCCUPATIONAL HEALTH AND SAFETY - . workers spend a great deal of their time in industrial settings. in many