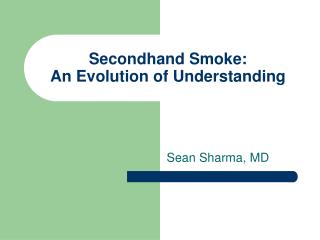 Why people smoke - . clinicians are more likely to succeed in helping people to quit smoking if they have some

HOW OFTEN DO I SMOKE - Ime 301 data collection and analysis project application of statistics in engineering, winter 2010

Lesson 3 - What did we learn in lesson 2 ?. lesson 2’s learning objectives. more about the facts around smoking. what

Smoke gets in your eyes, and lungs, and - . we love a nice fire and the smell of smoke. smoke makes such a pretty

Creating Smoke-Free Homes and Cars for Kids - . topics. what is secondhand smoke (shs) what is the problem the dangers of

SMOKE SIGNAL - . using smoke as a method of communication in the past. purpose of create smoke signals. smoke signals