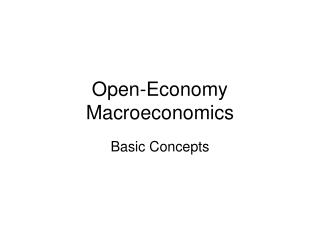 Open-Economy Macroeconomics: Basic Concepts - . basic concepts. closed economy economy that does not interact with other