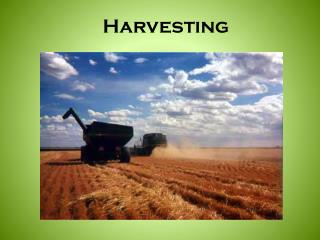 Daylight Harvesting - Its main purposes are to conserve energy and to provide people with healthy, natural light even

Harvesting Energy - . topics you are not responsible for: the individual enzymatic steps of glycolysis, krebs cycle