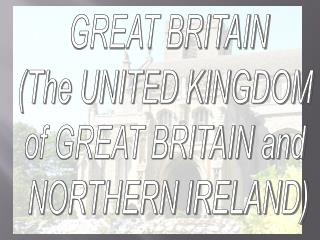 Great Britain - . britain is an island in the atlantic ocean and it is situated in the north-west of europe. starting