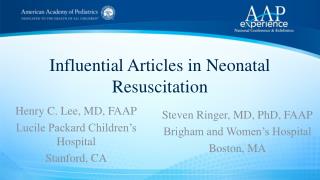 NEONATAL RESUSCITATION - . “the most important and effective action in neonatal resuscitation is to ventilate the