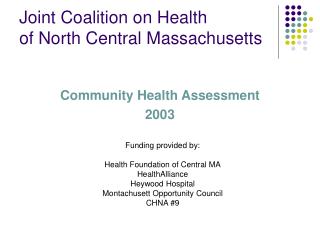 North Quabbin Community Coalition - . working to improve the quality of life within the north quabbin region for 30