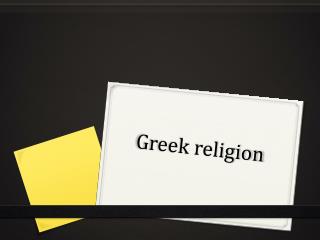 Jainism: The Religion - . jainism is an ascetic religion of india that teaches the immortality and pilgrimage of the

Religion - . confirmation class moody afb, ga – september 2008. what catholics and others believe. why should we learn

The Emergence of the Early Modern World - . 1450 to 1750. recovery and transformation of europe. rebirth of learning and

World Religions - . essential questions:. what is the purpose of religion? what impact does religion have on other

Freedom of Religion - . history of the amendment defining ‘religion’ the establishment clause the free exercise