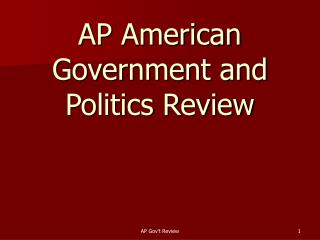 AP Government Review - . unit 1 constitutional underpinnings. goals of the us constitution. create a strong union of

MARCH 2006 UPDATE American Federation of Government Employees Field Services Department - . what is nsps?. nsps is a