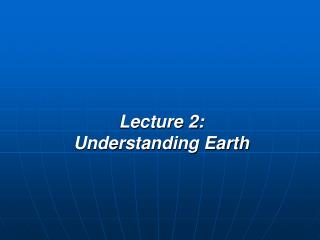 Lecture 2: Understanding Earth. Research Methodology. Conclusion. The Nature of Scientific Inquiry. How or why things happen is explained using a Hypothesis – a tentative (or untested) explanation