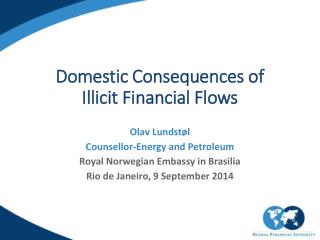 Review of Domestic Capital Budgeting - . 1. identify the size and timing of all relevant cash flows on a time line. 2.

Why the Withdrawals? - Canaries in the coal mine: how student withdrawals and institutional change intersect to improve

Section B - . causes of illicit trade. outline. financial incentives and the role of excise taxes government responses to