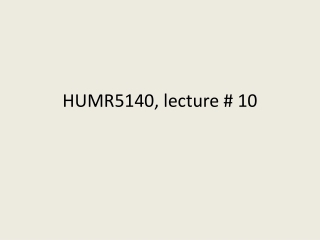 HUMR5140, lecture # 10. This lecture. Picking up the thread from lecture # 4: Scope of application of human rights treaties The relationship with other areas of international law: International humanitarian law. Lecture # 4: Starting where we ended.