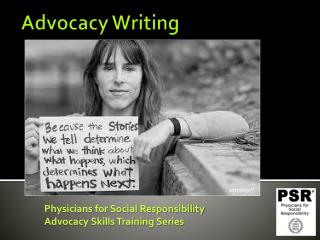 Advocacy - . affordable care act, the supreme court and what lies beyond james fasules, md, facc. aca, scotus and beyond:

Advocacy - . to actively support a cause. involves the art of persuading others based on: 1. careful gathering of facts