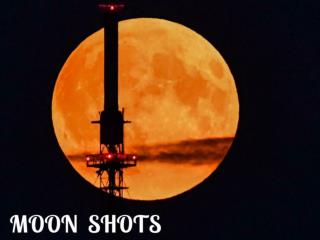 The moon is captured by photographers from many different spots on earth, from different perspectives. Catalyst (5 minutes) - . about how long does it take for the moon to go from one new moon to the next new moon? how much

The Moon - . by rebecca. the moon is orbiting at about 2,300 miles per hour. the moon is slowly drifting away the moon

shots - . by: amber cursha. close up shots: from the movie color purple. medium shots: the movie from honey. long shots:

Affects of the Moon - . moon phases. moonlight is really light from the sun reflected by the moon’s surface the amount

Phases of the Moon - . by: jefferson, lizzie and oscar. new moon. the new moon looks like a black hole. it is all black

Moon Phases - . description of each . this is when we don't see any reflected sunlight on its front face, so it looks

Moon Phases - . by: chance cornett. new moon nueva luna. you can not see a new moon in the sky at night. waxing crescent

Camera Shots and movement - . as media studies. camera shots. how the image, character or object is framed on the screen.